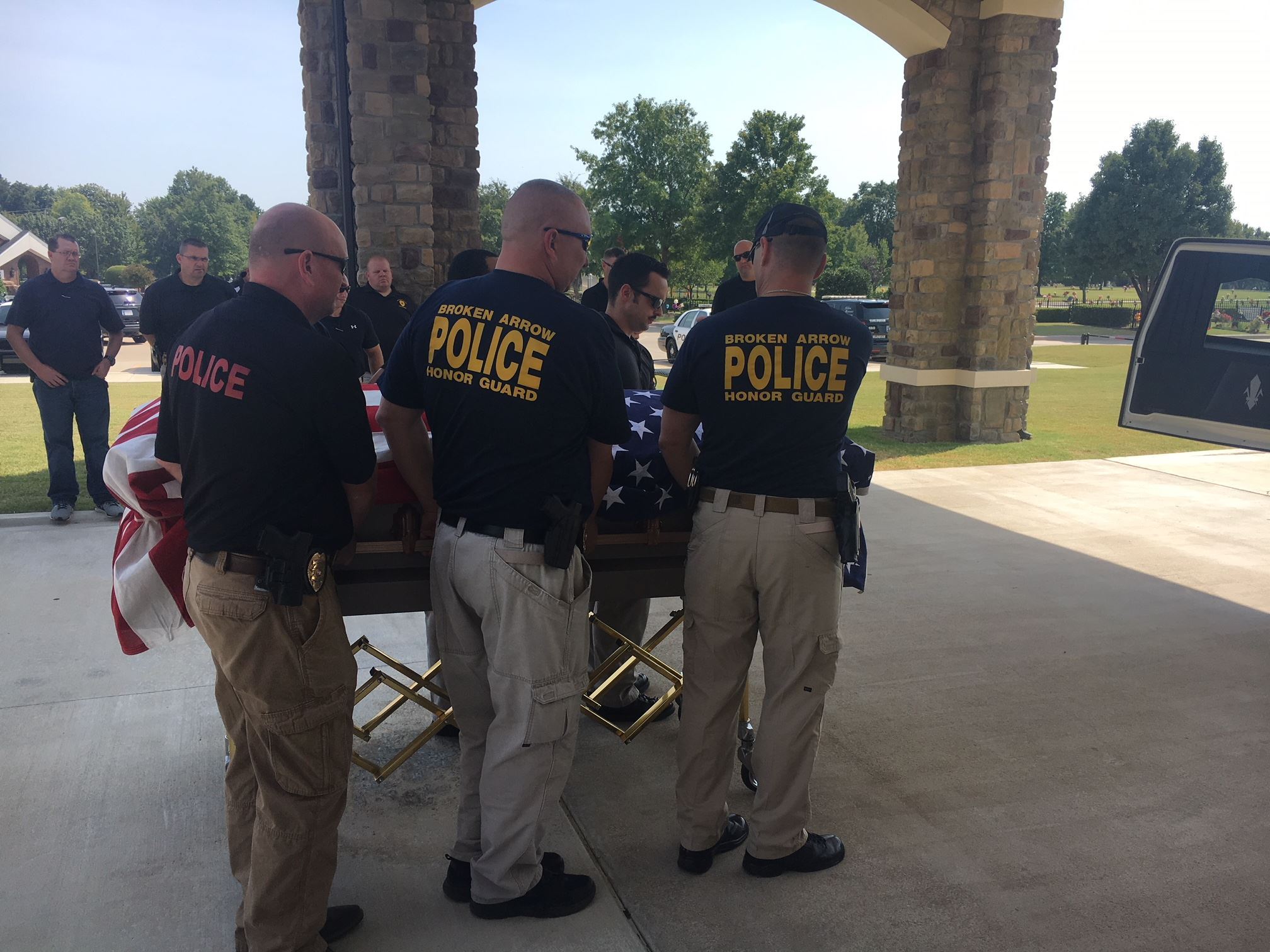 Honor guards serve a wide list of duties such as:

Police Officers across the world take an oath “To Serve & Protect” the citizens and communities from the areas in which they are employed.  With deep sorrow, some officers are lost in the line of duty or depart the earth too early. The “Honor Guard" serves the departed, their families and the department in showing Honor and Respect to the fallen or lost Brother or Sister in Blue. Often a funeral, especially those occurring in the Line of Duty, will draw hundreds of Uniformed Officers from the state with even some instances nationally and internationally. Many departments send members of their Honor Guards to demonstrate unity and brotherhood so the fallen are "Gone, but not forgotten.” They focus on the many traditions that are common to the final goodbye for a fallen or early departed  officer.

The Bixby Police Department currently has 12 Honor Guard Members. The Chief of Police deploys its members to funerals across the state and even nationally. The members attend to serve the condolences from the Chief of Police the Bixby Police Department while offering to serve in of the duties listed for the departed family or department. The Bixby Police Honor Guard have attended in the Line of Duty deaths in Arkansas; Dallas, Texas; Baton Rouge, Louisiana and to National Police Week for the National Peace Officers’ Memorial Service and Candlelight Vigil.

The Bixby Police Honor Guards has even served other organizations with Color Guards and Various other duties. If your organization is I need of assistance from our “Honor Guard” please completed the online contact form and we will contact you.